How can His-Tags Benefit your Research?

Protein tags underpin a broad range of research applications. These include affinity purification, where protein tags enable recombinant fusion proteins to be captured on a solid matrix, and immunodetection techniques such as Western blot, ELISA, and immunohistochemistry (IHC), where anti-tag antibodies are used for target detection. Of the many different protein tags that are incorporated into recombinant protein constructs, His-tags are popular for their small size. Not only does this prevent them from interfering with protein structure or function, but it also provides several further advantages. 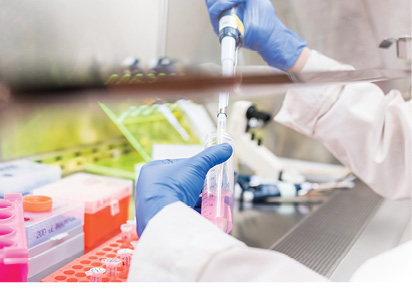 What are protein tags?

Broadly speaking, the term protein tag can be used to describe any protein that is incorporated into another protein to enable its isolation or detection. Commonly used tags include glutathione S-transferase (GST), maltose-binding protein (MBP), thioredoxin, green fluorescent protein (GFP), chitin-binding domain (CBD), to name but a few. Additionally, tags comprising just a short sequence of amino acids are also popular, with well-known examples being His, Myc, FLAG®, HA, and Strep-tag. Protein tags are typically expressed either at the N-terminus or C-terminus of a recombinant protein. However, for certain research applications, a different tag may be expressed at each terminus; for example, to facilitate the detection of a cleavage product.

What are the advantages of His-tags?

His-tags, also known as poly-histidine tags, comprises of a series of six to ten histidine residues, with the 6-residue tag (HHHHHH, referred to as 6-His) being used most often. A main advantage of His-tags is their small size; 6-His has a molecular weight of just 1 kDa. This makes them more robust than larger protein tags as well as prevents them from interfering with protein folding. Notably, His-tags enable affinity purification using inexpensive and widely available nickel or cobalt resins, unlike proprietary tags such as FLAG that require dedicated resins for protein purification. Moreover, His-tags have relatively low immunogenicity, eliminating the need for tag removal before using purified recombinant proteins as immunogens during antibody production.

How are His-tags used?

His-tags are often used to identify expressing cells when producing recombinant proteins. For example, using anti-His antibodies, researchers can easily detect a secreted His-tagged protein in cell culture supernatant when selecting suitable clones for expansion. His-tags are also widely exploited for affinity purification, where they enable target proteins to be captured from solution; after protein binding, via the His-tag, to a resin, any unbound components are washed away and the His-tagged protein is then eluted.

Importantly, detecting His-tags rather than the target protein itself reduces the need to use expensive, target-specific antibodies for immunodetection. This can especially be beneficial when working with a novel target for which few antibodies are available, or when designing a multiplexed experiment that requires maximum flexibility in the choice of host species. Furthermore, using a His-tag for identification purposes ensures target protein epitopes remain free to bind target-specific antibodies.

Jackson ImmunoResearch specializes in producing secondary antibodies for life science applications. Our portfolio includes a broad range of secondaries conjugated to biotin, HRP, and fluorescent dyes and proteins such as Alexa Fluors®, R-PE, APC, and PerCP. We have also recently expanded our product offering with the launch of our NEW Anti-His Tag Polyclonal Antibody. Every one of our antibody reagents is provided with a suggested working concentration range for each application in which it has been validated and is backed by expert technical support for results you can trust.